We believe that the benefits of speech and debate should be accessible to all students in our state's public, private, public charter schools and in the home school environment. 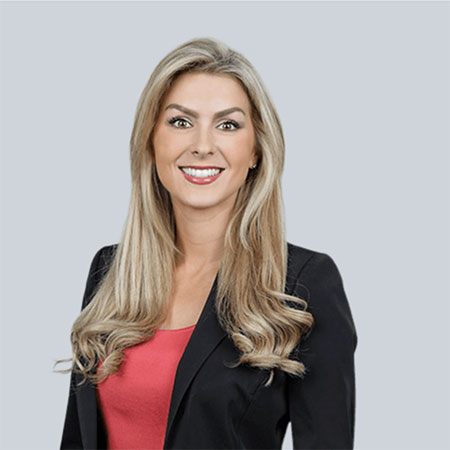 Tara Tedrow was a nationally ranked competitive debater for four years, during which she was the only debater in history to earn three national Lincoln-Douglas Debate championships. Tara was a state of Florida champion for Lincoln-Douglas debate, and was one of the top ranked speakers in the nation. Tara attended Wake Forest University on a Presidential Scholarship for Debate where she competed in both Policy Debate and Mock Trial. During Tara's time in Mock Trial, she went on to win over a dozen national Best Attorney Awards and was ranked an All American Attorney at the National Championships.

Tara received her Juris Doctor from the University of Florida Levin College of Law, where she was ranked as the Best Advocate during the Final Four Competition and went on to become the President of the Trial Team. As one of the top students at the law school, Tara was the Communications Editor for the Law Review, received eight Book Awards in addition to other accolades, was inducted into the Order of the Coif, was Student of the Year and the Commencement Speaker for her graduating class.

Tara has privately coached competitive debate for over a decade for individuals around the nation and has taught at multiple speech and debate institutions hosted at different universities for six years. Tara has also done freelance journalism since 2004, publishing articles and editorials in various publications such as The Orlando Sentinel. Tara's work has been republished by Houghton-Mifflin and Cengage Learning in their college textbooks, including The Confident Writer and The Reader's Corner. Tara is a Shareholder at Lowndes, Drosdick, Doster, Kantor & Reed, P.A., in the area of Land Use and Zoning.

Beth Eskin is the Director of the Florida Civics & Debate Initiative (FCDI) and a 3 Diamond National Speech and Debate Association (NSDA) Coach. In her role as director of the FCDI, Beth is responsible for growing new speech and debate programs in Florida. Beth coached speech and debate at Timber Creek High School in Orlando, Florida for 20 years. With 33 years’ experience as an educator, Beth has led the development of academic programs to meet the needs of all students, ranging from dropout prevention to Advanced Placement.

She built the speech and debate program at Timber Creek with only four students in 2001 to become the largest forensics program in Orange County Public Schools with an active squad of over 100 students today. Beth continues to foster civics and debate education in other schools by serving as Co-Director of the Florida Debate Initiative. Beth has been honored as the 2018 Florida Educator of the Year for the NSDA, the 2015 NFHS Florida Outstanding Speech and Debate Educator of the Year, and a Finalist for 2018 Orange County Teacher of the Year.

Beth has served the forensics community in many leadership roles, including chairing the Florida Panther District of the National Speech and Debate Association and the NSDA Public Forum Debate Wording Committee. Beth was Regional Director for the Florida Forensic League and past president of the North Florida Catholic Forensic League. She also serves on the Public Forum Debate Advisory Board of the University of Kentucky’s National Tournament of Champions. Beth was one of five finalists for the 2020 National Speech and Debate Educator of the Year Award. 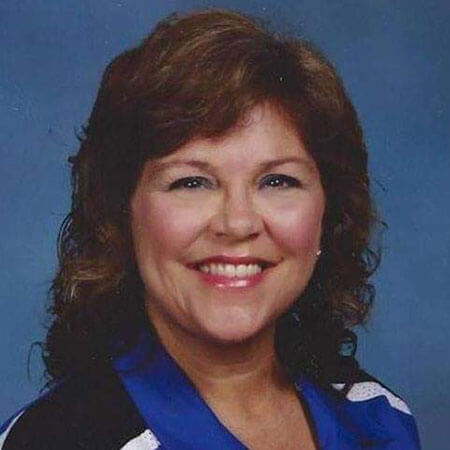 Cathy Brown teaches AP English and all levels of speech and debate at Apopka High School, where she has taught for nearly 17 years. Cathy’s success and dedication has earned her the title of being a Triple Ruby National Speech and Debate Association Coach and she also currently serves as District Chair for the NSDA Panther District. In her years as an educator, Cathy taught all levels of English, served in the AVID program, became an AP Reader, and elevated the debate program at Apopka High School from an after-school gathering to a co-curricular class.

Under the mentorship of Tara Tedrow, Beth Eskin, and other experienced coaches, Cathy helped resurrect the Apopka High School debate team in 2013, after many years of hiatus and a short period as a club. During the first year of the debate program, the team consisted of just five students, one of whom was her son. Under her leadership, the Apopka speech and debate team moved from a tiny group of novices to a vibrant nationally competitive team. As a part of the Florida Debate Initiative, Cathy encourages and mentors new coaches that are starting debate teams in area schools.

Cathy has been an active part of the debate community for the past seven years, assisting with local debate tournaments, serving as Florida Forensic League Treasurer, and being a part of the NSDA Panther District Executive Committee. She works in close partnership with nearby colleges to provide mentorship to underserved students.  Cathy is honored to have been the 2013 Apopka High School Teacher of the Year and the 2017 Florida Forensic League Regional Debate Coach of the Year.